We had such a wonderful Thanksgiving, our first holiday with four (!) grandchildren at the Massini house! All the Massini kids and our families stayed at the beach, which made for quite the full house. There were multiple times when we felt like we were in Home Alone, only we weren’t going on a fancy vacation, in an airport, or missing any of our children. You get the idea, chaos.

Charlie and Annie were roommates. They loved sleeping on their little cots. They’re on quite different bedtime schedules, though, so I don’t think Charlie ever even really noticed that Annie was sleeping there. She would go to sleep after him and he’d usually wake up in the middle of the night and come to our room or just really early in general and not even notice her!

Charlie really seemed to come out of his shell last weekend. He is normally extremely shy and doesn’t really play with other kids very much. If he does, he’s very quiet and calm. Annie brings out the rascal man in him. There were multiple times we caught them WRESTLING upstairs. They had so much fun playing together and shared very well.

There was a moment where Annie got quite mad at him, though. It was quite a hilarious situation. Annie came out wearing an adorable plaid dress. As she was holding it out for everyone to see, she said, “Charlie, look at my dress! LOOK AT MY DRESS!!” Well, he looked at her, stood there silently, and then he walked away. This resulted in Annie yelling, “CARLY STOP WALKING! STOP WALKING!!!” (Annie calls him both Carly AND Charlie now!) After he didn’t stop walking, it was just too much for her to handle and she just stood there and cried/screamed. He just didn’t understand that she wanted him to tell her that she looked beautiful in her dress. Typical guy. Charlie, you have learned your lesson early. 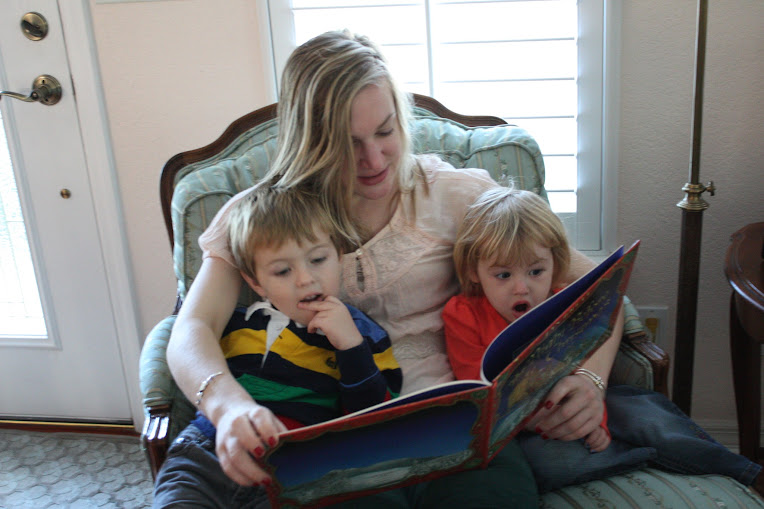 The kids had so much fun playing with their Aunt LiLi. Charlie had been talking for weeks, maybe even months about his plan for Thanksgiving: “First it’s Thanksgiving. Yum! Then, I watch Rudolph and Charyee Brown with YiYi.” He would tell me this almost every day. He got his wish!

Charlie remembered Rudolph from last year. There are a few parts that scare him, all of them involve “The Bombal” as he calls it. Last year, he would just repeat to himself, “it’s nice. it’s nice. It’s really nice!” almost like he was talking himself off a ledge. Annie had a way better tactic while watching. “It’s just a story, Carly.” He now constantly tells me, “it’s just a story, mama!” if there’s ever a Bumble scene.

Margot and Eric were great babies and enjoyed their first Thanksgiving! Margot spent a lot of time getting some really close looks at Eric. Hard to believe next Thanksgiving, they’ll be running around! 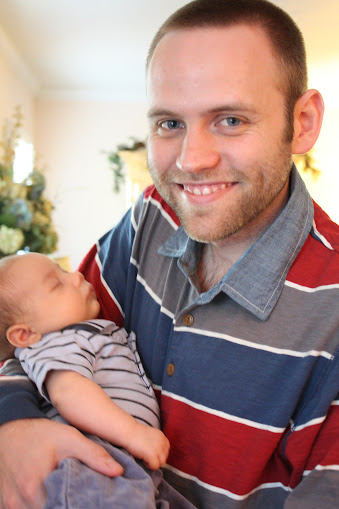 Eric is still in the snoozy stage, which makes it very fun and easy to hold him! There is really nothing like snuggling with a tiny sleeping baby. Margot has decided to stop taking naps, except for a small 30 minute or less one at some point in the day. Hopefully she took note of Eric’s daytime sleeping habits.

This is getting extremely long and I still have a ton more pictures. I’m thinking this will be at least a 3 post holiday! Margot was also baptized over the weekend, that update is coming up as well!