This little lady is getting quite round! It’s pretty much impossible to pick her up without kissing those big cheeks! 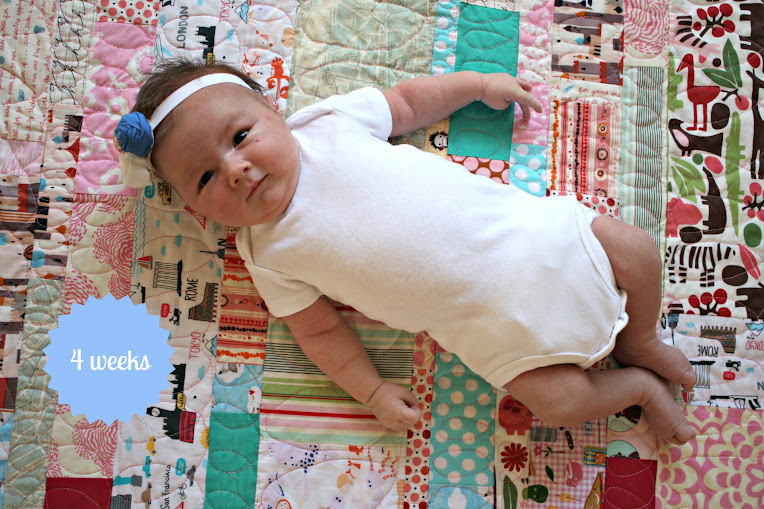 Today is Nathan’s first day back at work! Before Margot was here, I thought four weeks was so long for him to be off, (and it is!) but it flew by so quickly! I’m sure he was ready to go back even though he wouldn’t say he was

We’ve already had a jam-packed day that included a bike ride, trip to the library (success!), cookie baking, and LOTS of puzzles. Margot has of course, slept through all of it. 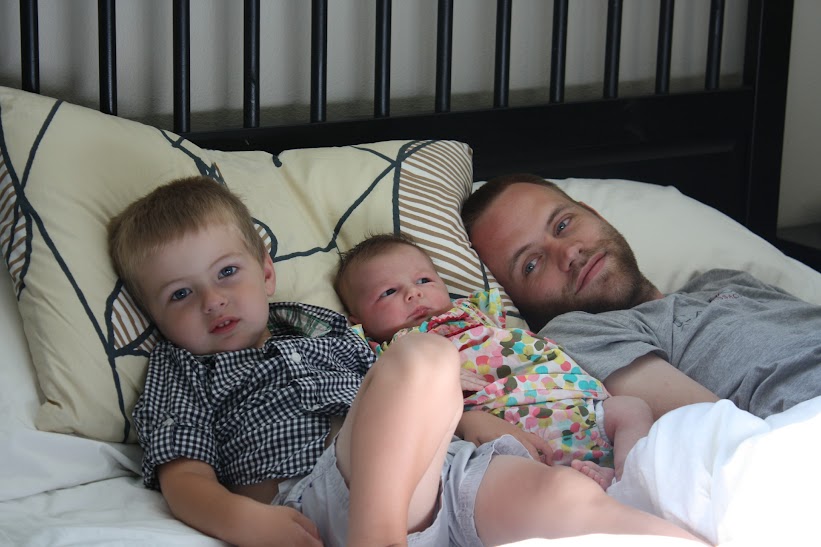 Yesterday was an extremely rare occasion in our house. Everyone was sleeping at the same time! During the day! Margot and I had fallen asleep on the couch and Nathan and Charlie fell asleep watching “Buzz and the Train” aka Toy Story 3 in “the big bed.” When they woke up, I plopped Margot in with them, much to Charlie’s delight! 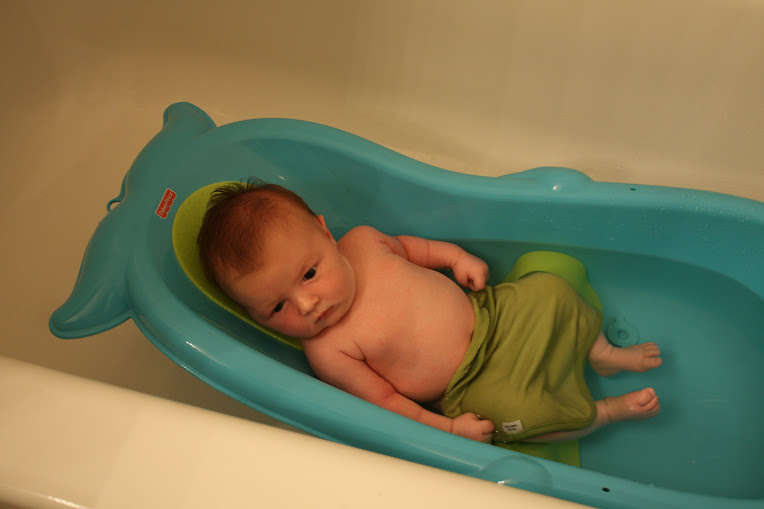 We broke out the whale tub for Margot! She loved it, just like Charlie did. In fact, Charlie is still so obsessed with taking baths that if you’re the one stuck watching him while he’s in the tub, you are pretty much held hostage for at least 30 minutes. There is usually no convincing/bribery/timeout/no books before bed/anything in the entire world that will get him out of the tub. The other night, the water had turned quite cold, his entire body was one big raisin, and he had been in for who knows how long. I pulled the plug and he sat there sobbing in the tub. Not just screams or fake cries, he just put his head down and sobbed. Soaking wet. In an empty tub surrounded by toys. He didn’t start screaming until I tried to take him out…it all went downhill from there. about 45 minutes later, somehow Nathan got him to be still enough to get his jammies on. It was a long evening.

This is what 99% of Charlie’s naps look like. He’s go go go go until there is nothing left. He only takes about 5 naps a month, so if a snooze on a mini chair is all I can get, I’ll take it!