I’ve been getting lots of questions lately about Charlie’s diapers. 99% of you probably don’t care about this topic, but for those who do, here’s the scoop! 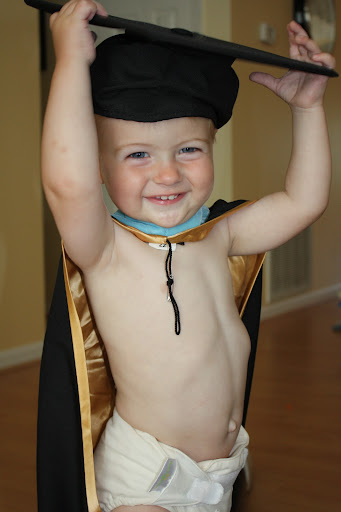 Why do you use cloth diapers?

When I was pregnant, I read that the average family spends between $2,000 and $3,000 on diapers. Per child. WOW!!! Those figures were pretty scary. About the same time, I read about cloth diapers. I thought those people were crazy and gross. No way was I going to spend my time washing diapers. But then I read into it  A LOT. All the time. Diapers, diapers, diapers. I guess that’s what happens when you’re pregnant. You become super research champion of the world (why didn’t this ever happen when I had papers to write?) I realized how economical cloth diapers would be! I saw that it was easy, not gross, and that they were very cute! There’s also the plus that we’re not filling up the dump with a billion diapers. We ended up spending about $500 on our diaper stash. We’ll be able to use them for future babes as well. So it’s an initial investment, but you’ll definitely get your money back after just a few months.

Solids go in the toilet, not the washer. We have a diaper sprayer, which comes in handy. No the toilet has never come close to overflowing when spraying a diaper! Some of our guests probably think it’s really weird that there’s basically a sink sprayer on the toilet. There’s no soaking in a wetpail like in the old days. We just toss the dirty diapers in our diaper pail (just a plastic trashcan with a lid) that has a big waterproof pail liner in it. I like the Planetwise liners.

What kind of diapers do you use? How many? How often do you wash them?

Our favorites are Bum Genius 4.0 pockets with hook and loop closure. They fit just like a disposable diaper. We prefer the hook and loop (velcro) over the snaps because they’re way easier to get on a squirmy baby or wild toddler. The 3.0′s had some not so great hook and loop, but they replaced it with the 4.0′s and they’ve been great! We have about 24 diapers. I’ve found that it is the perfect number to do laundry every other day and have some diapers left over for while they’re in the wash/in case of emergency. The Bum Genius pockets are one sized diapers. They fit babies from about 10 lbs to 35 lbs. You just adjust the rise with snaps on the front of the diaper. The velcro at the waist is very adjustable. I love the “pocket” style because you can stuff them with however many inserts you need to get the absorbency you need. During the day, we use the big and little microfiber inserts. At night, we add a hemp insert to give the diaper a bit more absorbency so we don’t need to change him at night. So, what did you do until the Bum Genius diapers fit when Charlie was a newborn?

We used prefolds. These are the “old fashioned” diapers that everyone thinks of when you say cloth diaper. Green Mountain Diapers has what I think are the best prefolds. You need a cover over the prefold so that baby’s clothes don’t get all wet! Thirsties Duos and Blueberries are our favorites. Blueberries can be really expensive, but I’ve found them on great sales for $8! We had about 5 covers, but could have definitely used more than that. I’d say that 7 would have been ideal. You don’t need to wash them after every change  if they don’t get poop on them, but that’s not exactly easy to do in the newborn stage. We would either trifold or do the angel wing fold with a snappi to “pin” the diaper on. Here’s some instructions.

Do you have to wash them a special way?

Yes. I do a cold prewash with no detergent, a hot wash on “super” with detergent, and then an extra rinse at the end. There are specific detergents that you need to use for cloth diapers. If you use the majority of regular detergents (including most free and clear ones), you will get soap build up and they will cause the diapers to repel. That is exactly what you DON’T want a diaper to do. This is an awesome list of detergents that are/aren’t cloth diaper safe. I was getting quite frustrated to see that only the really expensive and only available online or at specialty stores were cloth diaper safe. Remember, we were doing this to save money. Imagine my surprise when Publix Free and Clear got great reviews! It’s only $3/jug. Nice! That’s what we use. When we’re feeling fancy, we use Rockin’ Green Cloth Diaper Detergent. I love it, but it’s more expensive that what I want to spend on soap.

What do you do when you’re running errands/not at home?

We bring the diapers with us! I have a sealed, waterproof wetbag that the dirties go in Monkey Foot Designs makes my favorite wetbag. They are so cute and never ever leak. The wetbag gets tossed into the wash with the diapers. I like having two so that we’re never without one. What about at daycare?

Charlie wears his cloth diapers at daycare too! I was nervous to ask them when we started because I know that some people can be really turned off to it. There was no reason to worry, though- three other babies in his class are in cloth and there are a handful of babies in the younger class wearing cloth too! I bring clean diapers every day and take home the dirty ones each afternoon. No big deal.

Well, that’s all I can think of right now! Any more questions?